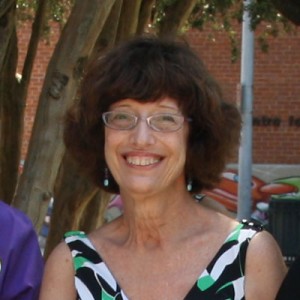 Join us for a presentation by Diane Garden about visual art and the poems they inspire on mothering, love, mystery, and rituals.

Paintings, photographs,  drawings, and other visual media have been the source of inspiration for many writers throughout history. This tradition of writing based on art is called ekphrasis and dates back to Homer’s description of Achille’s shield in his epic poem The Illiad. A number of the paintings discussed are by Impressionists, but  also included are  artists such as William Blake (an illustration), Jean-Franois Millet, and Jean-Bapiste-Simeon. The photographs are by Willy Ronis, Gertrude Kasebier, and Alfred Wertheimer, whose photographs of Elvis Presley were exhibited here at MMofA.

Diane Garden taught creative writing and literature to gifted students at Murphy and Daphne High Schools in Alabama. Her poems have appeared in Jewish Spectator, Presence Africaine, MidAmerica and other magazines.  Negative Capability published her chapbook The Hannah and Papa Poems.  In 1988, She won the Gwendolyn Brooks Poetry Award for the best poem in the Midwest Poetry Festival. Her book Measures to Movements: Poems Inspired by Artworks was published in 2012 by Negative Capability Press.