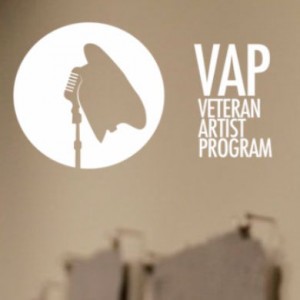 Join Veteran Artist Program (VAP) founder B.R. McDonald as he talks about art, war, and story-telling on June 5, 2014, 7 p.m. at the Mobile Museum of Art.  McDonald is travelling to Mobile from New York for ARTillery, a program about the post military service creative process, healing, and advocacy.

Founded in 2009, VAP takes artists who are also veterans, and propels their work and career into the mainstream creative arts community through networking, mentorships, collaborations with professional artists, and original productions. Based in New York City, VAP creates programming across the country to expand the network and visibility of veteran artists. Come whether you are a veteran, an artist, or an advocate and discover how to support veteran art and create opportunities in your community.

ABOUT B.R. MCDONALD: B.R. McDonald founded the Veteran Artist Program in 2009. When 9/11 happened, McDonald decided to do something bigger than himself, and enlisted in the U. S. Army. He served as an Arabic Linguist and Special Operator in the Joint Special Operations Command, deploying seven times.  His roots in Mobile began with his parents meeting while playing in the band at Murphy High School. McDonald, who has a vocal performance degree from the University of North Carolina at Chapel Hill, now lives in Brooklyn, NY, where he runs VAP, now one of the leading veteran service organizations in America.