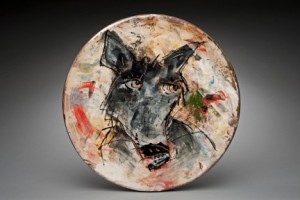 This is a film by George McCauley on ceramicist Ron Meyers. McCauley says about the film, “Ron has been an inspiration for the clay community through the years and continues to be one of our leading potters and heroes. Given his importance, it is odd that little has been done to publicly document his contribution to the ceramic arts.”