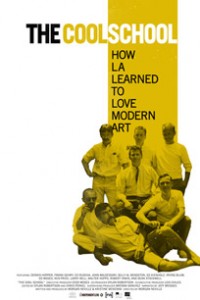 The Cool School – How LA Learned to Love Modern Art. A lesson in how a few renegade artists built an art scene from scratch.
From 1957 to 1966, the Ferus Gallery was the catalyst of modern art in Los Angeles. Launching the careers of luminaries like Warhol, Ruscha and Lichtenstein, Ferus built an art scene from scratch and transformed the cultural climate of the West Coast. It was directed by Morgan Neville and narrated by Jeff Bridges.