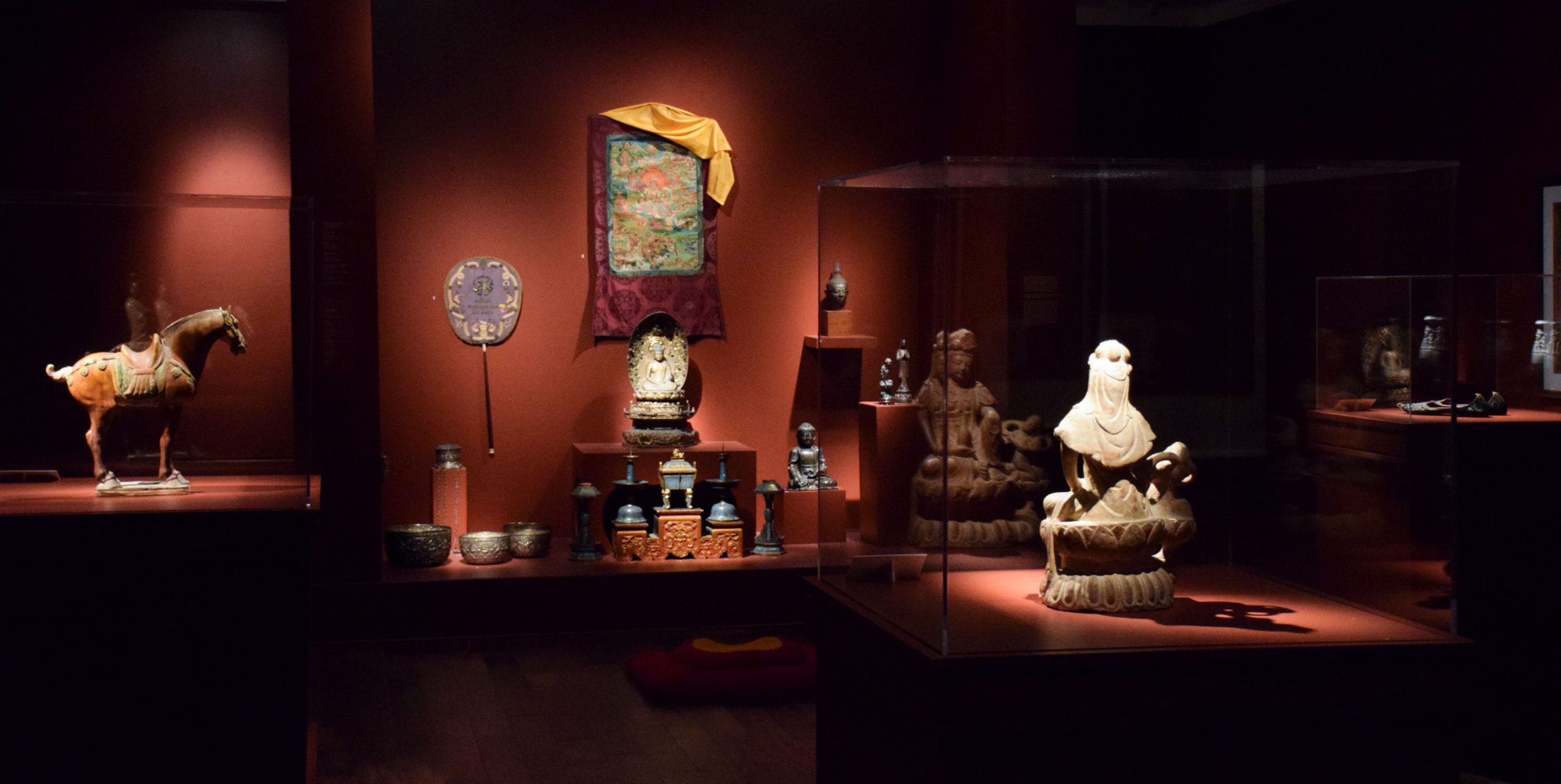 Mobile has a long tradition of connections with Asia. Not only did Asian goods pass through its port, the azaleas and camellias that flourish in the Azalea City (Mobile) originally came from China and Japan. In the late 19th and early 20th century many travelers, particularly Christian missionaries, made their way to and from the Far East from Mobile.

Perhaps the most famous Mobile resident with ties to Asian Art was the man who actually was responsible for the scholarly American interest in Chinese and Japanese art, Massachusetts born-Harvard educated, Ernest Fenollosa (1853-1908). For a few years after 1900 he lived in Spring Hill, with his second wife, author Mary McNeil Scott, not far from the Museum. Together they created a Japanese garden, now lost, but the currently expanding Charles Wood Japanese Garden is in-part a tribute to him. His posthumous 2 volume “Epochs of Chinese and Japanese Art” (1912) represents the first serious study of Asian art.

Sources for Asian art are many and varied. Early Chinese art such as the bronzes and ceramics were buried as grave goods to accompany the deceased in the afterlife, a continuity of ritual and daily life. The wall paintings (frescoes) and hanging scrolls and sculptures come from sanctuaries, temples, and private home altars where they were part of Buddhist worship. For the rulers and well placed individuals in the courts, exquisitely crafted bronzes, ceramics, enamels, and textiles were created and inherited. Functionality was important, but sometimes they were just beautiful objects. And for hundreds of years there have been collectors who privately displayed and enjoyed these works, usually very selectively, not en masse as is the contemporary fashion. The many appreciative foreign travelers of the last 150 years have brought them to the West.

Our collection has been built mainly through gifts, with a few purchases. Of particular significance is the recent gift of the David and Inger Duberman Collection of Chinese Cloisonné from the 16th – 19th centuries, much of which is included in this exhibition. Formed over many years of travel and diplomatic postings, David and Inger wanted this lifetime’s effort of collecting to find a new home in Mobile’s art museum.