NO CHILD’S PLAY: Children in the Holocaust 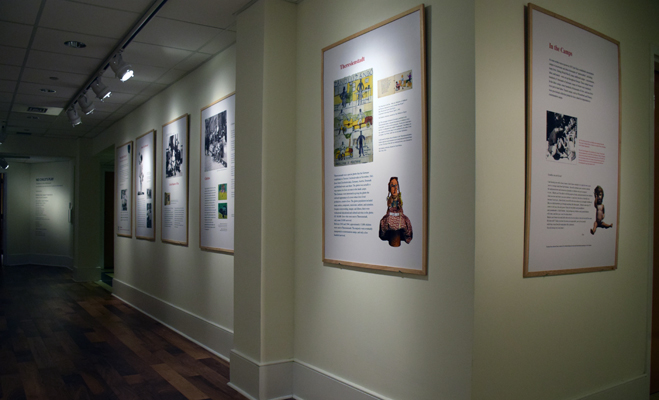 NO CHILD’S PLAY: Children in the Holocaust

No Child’s Play is part of the Yad Vashem Art Museum in Jerusalem, and derives its name from an excerpt from Janusz Korczak’s “Rules of Life”, A Childhood of Dignity. An estimated one and a half million children perished in the Holocaust, and only a few thousand survived. This exhibition opens a window into the world of children during the Shoah. It does not focus on history, statistics, or descriptions of the physical violence and horror of the Holocaust. Instead, images of the toys, games, artwork, diaries and poems displayed in the panel images highlight some of the personal stories of the children, and provide a glimpse into their lives during the Holocaust. The exhibition tells the story of survival – the struggle of these children to hold onto life. It describes their attempts to maintain their childhood and youth by creating a different reality from that surrounding them. In many cases, it was the children who gave their parents the encouragement and hope to continue their desperate daily fight for survival.

Yad Vashem began collecting the toys and games of the children of the Holocaust in April of 1997. The panels document their stories and the resiliency of children even in the face of surrounding, horrific circumstances.