The Alabama Print Portfolio was a project designed to create a limited-edition collection of prints by Alabama printmakers and to provide an opportunity for printmakers to meet each other and share their mutual interests.

The project began when a University of Montevallo art professor and printmaker, Scott Stephens, wrote a grant to the Alabama State Council on the Arts and Humanities. The grant was awarded and artists from Alabama colleges and universities were invited to submit work.  An open invitation was issued to independent artists, as well.

Twenty-four artists were chosen, and with matching funds from the University of Montevallo and the artists themselves (who paid for their own printing), an exhibition opened in September 1986 in Montevallo.  Each artist received a portfolio as did art museums around the state.

In 2022, the prints are just as fresh and relevant as they were over 35 years ago.

Yom HaShoah, or Holocaust Memorial Day, is recognized this year from sunset April 27, 2022 to nightfall, April 28th.  It honors the six million Jews and 5 million others who perished under the terror of Nazi Germany.  We exhibit this work from our collection by Miriam Schapiro, titled, Lost and Found, in recognition of Yom HaShoah. 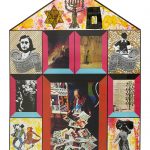 100 Years of Art From The Collection

This exhibition offers “snapshots” of the Museum’s permanent collection presenting art, design, and crafts produced in each of the 10 decades (100 years) between 1913 and 2013.

Any given decade may include diverse, and often divergent works related only by having been created during the same 10-year time period. Any section might combine crafts, fine art, “folk” (self-taught) art, and designed objects presented in unusual or unexpected juxtapositions. The installation is designed to provide fresh perspectives and insights about the works shown and the timeframes in which they were created.

The Schoenknecht-Paul Collection
donated to the Mobile Museum of Art
August 12, 2020 – Ongoing

Charles (Chuck) Schoenknecht and Ward Paul met in college fifty years ago and have been amassing works on paper, postcards, photographs, costume jewelry, coins, books, silver tableware, paintings, glass, and ceramics ever since. One of Paul’s personal goals – which he accomplished – was to collect a representative ceramic from every commercial producer in America from the late 19th century to the 1950s. This exhibition features some of those pieces, as well as European works in styles of the times. 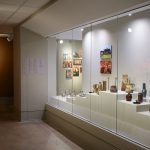 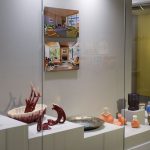 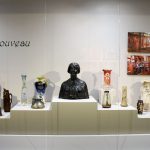 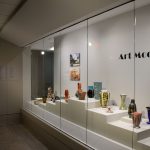 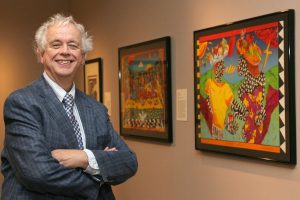 From the Permanent Collection
17 – 19th Centuries

In Pursuit of Beauty

Rich color, paint translated into lace, light, and water, bucolic pastures and delicate china—this selection of Western European 18th and 19th century work from our permanent collection is made of these.

The artists who created these pieces were intent on astonishing their affluent patrons with tour de force technique, brilliant composition, and romantic subject matter.

Beauty was pursued in earnest. Photography, Realism, Expressionism, Abstractionism—all were yet to come. This elegant, gentrified world was not to be disturbed.

ALL AMERICAN from the Collection

ALL AMERICAN from the Collection

This installation of American work from the Museum’s permanent collection is organized by medium or theme, in six galleries as follows: Chairs; Metal; Ceramics; Wood; American Quilts; Crystal and Glass. Galleries are densely installed, reflecting the pre-20th century installation practice of European great houses and museums. The exhibition is organized by medium or theme to better demonstrate the innovative use of materials and mediums by American artists, designers, and craftsmen throughout history. The installations include works by notable figures in the history of art and design, as well as lesser-known artists.

The ceramics collection and the quilt collection are the newest installations within this gallery. The quilts on view are Crazy Quilts, which were inspired by the Japanese exhibit at the 1876 Centennial Exposition in Philadelphia. Women used the style and patterns they saw in that exhibition as inspiration to transform quilts from carefully planned compositions of geometric shapes into random shapes seemingly stitched willy-nilly. They bought rich silks, velvets, and satins to make their crazy quilts as deeply colorful and rich as they could be. To read more about the Crazy Quilts, check out our Stories from the Collection.

The ceramics exhibition now on view explores what happens when artists use classic ceramic forms as a starting point to push the boundaries of their own creativity. Certain common themes emerge: fish, birds, architecture, and the human figure. Plan your visit to see the entire exhibition in MMofA’s Katharine C. Cochrane Gallery of American Art. 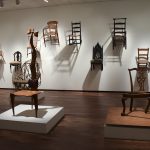 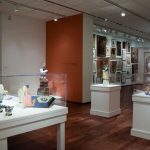 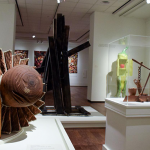 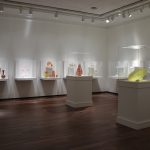 We are currently gathering information for our online galleries. Please check back soon.

We are currently gathering information for our online galleries. Please check back soon.

Mobile has a long tradition of connections with Asia. Not only did Asian goods pass through its port, the azaleas and camellias that flourish in the Azalea City (Mobile) originally came from China and Japan. In the late 19th and early 20th century many travelers, particularly Christian missionaries, made their way to and from the Far East from Mobile.

Perhaps the most famous Mobile resident with ties to Asian Art was the man who actually was responsible for the scholarly American interest in Chinese and Japanese art, Massachusetts born-Harvard educated, Ernest Fenollosa (1853-1908). For a few years after 1900 he lived in Spring Hill, with his second wife, author Mary McNeil Scott, not far from the Museum. Together they created a Japanese garden, now lost, but the currently expanding Charles Wood Japanese Garden is in-part a tribute to him. His posthumous 2 volume “Epochs of Chinese and Japanese Art” (1912) represents the first serious study of Asian art.

Sources for Asian art are many and varied. Early Chinese art such as the bronzes and ceramics were buried as grave goods to accompany the deceased in the afterlife, a continuity of ritual and daily life. The wall paintings (frescoes) and hanging scrolls and sculptures come from sanctuaries, temples, and private home altars where they were part of Buddhist worship. For the rulers and well placed individuals in the courts, exquisitely crafted bronzes, ceramics, enamels, and textiles were created and inherited. Functionality was important, but sometimes they were just beautiful objects. And for hundreds of years there have been collectors who privately displayed and enjoyed these works, usually very selectively, not en masse as is the contemporary fashion. The many appreciative foreign travelers of the last 150 years have brought them to the West.

Our collection has been built mainly through gifts, with a few purchases. Of particular significance is the recent gift of the David and Inger Duberman Collection of Chinese Cloisonné from the 16th – 19th centuries, much of which is included in this exhibition. Formed over many years of travel and diplomatic postings, David and Inger wanted this lifetime’s effort of collecting to find a new home in Mobile’s art museum.