Mobile, AL – The Board of Directors of the Mobile Museum of Art (MMofA) hosted a private reception on January 8, 2023, in honor of departing museum director Deborah Velders. The occasion provided an opportunity for Mayor Stimpson and the Museum’s board to thank Velders for her ten years of service and to acknowledge her accomplishments.

Velders initiated several projects shortly after her arrival in October 2012, including reinstalling all of the museum’s galleries, renovating and upgrading public spaces, rebranding the museum’s website and logo, conducting board and staff retreats, creating and implementing a strategic five-year plan.

For the museum’s 50th anniversary in 2014, Velders conceived and curated an exhibition dear to Mobilians’ hearts, The Art and Design of Mardi Gras, accompanied by a gala, family festival and publication of the first book on the permanent collection. Under her direction, the education department was transformed into The Museum School and outreach programs expanded to include off-site installations in downtown Mobile, including the “Pop Up Art Museum for Mobile” and “Government Plaza Gallery.” Interdisciplinary programming both on and off-site included dance, film, poetry and music during her directorship.

In its fifty-plus years of existence, the Museum’s collection had never been inventoried or documented in a digital database. Velders initiated the inventory and digitization and hired conservators and curators to conduct assessments of the museum’s diverse collection of 10,000 objects. 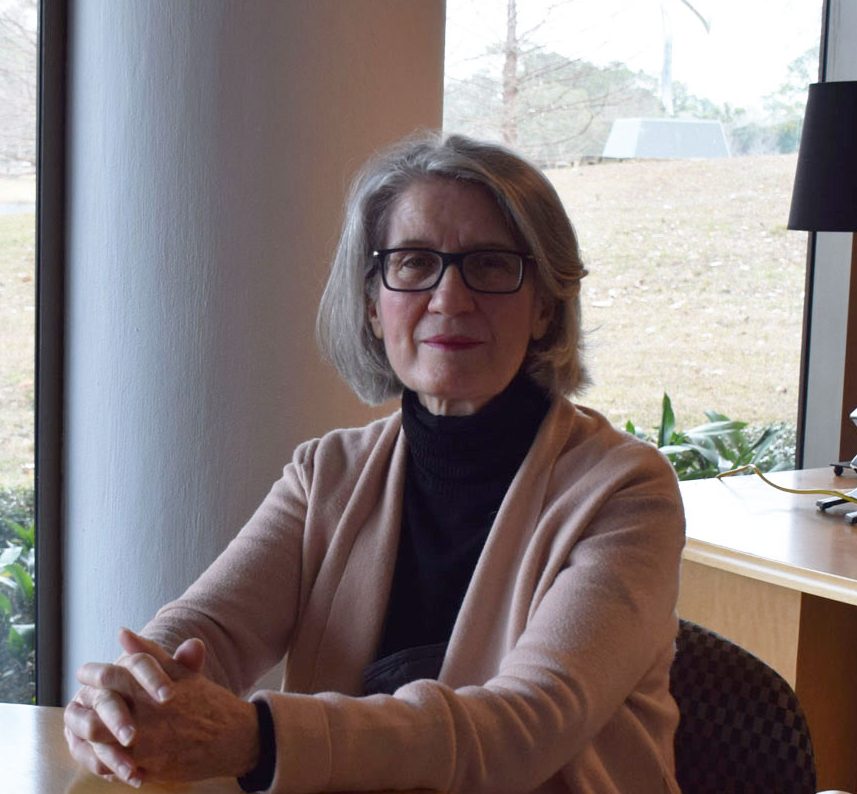 Velders oversaw the elimination of all debt, new accounting practices and the November 2022 reaccreditation by the American Alliance of Museums.

Prior to her years as MMofA director, Velders worked for eight years at the Smithsonian American Art Museum and twenty years as Head of Exhibitions at Houston’s Menil Collection.

At the reception, Velders noted, “I’m so proud of the collective achievements of our staff, board and volunteers this past decade. I have been deeply honored to have served this incredibly generous, loving community of Mobile, hoping to provide Mobile with an art museum equal to the high quality of this community. I’ve been so very fortunate to serve under Mayor Sandy Stimpson’s administration, and remain grateful for his support and guidance through the years.”

MMofA Board Chairman, F. Grey Redditt, Jr., stated, “The Museum has been blessed to have had such an amazing art professional at its helm for the past decade. Deborah’s passionate leadership has raised the standard of the Museum to a level never previously achieved, resulting in it becoming widely recognized as one of the premier art museums in our region.”

Following a year-long search by the Board, Jon Carfagno was named as Velders’s replacement. Carfagno currently serves as the director of the Hickory Museum of Art in Hickory, North Carolina, but he will assume the directorship on February 14, 2023.