Saturday, January 28
Performances at 11 am & 2 pm
Art activity between the performances

To celebrate MMofA’s special exhibition 3 American Artists, MMofA has partnered with the Mississippi Puppet Arts Theatre for a performance inspired by African folk tales. Sponsored by Art Bridges, join us for two performances of Trickster Tales starring Anansi the Spider and a puppet-making art activity.

Under the direction of five-time Emmy Award-winning puppeteer Peter Zapletal, Puppet Arts Theatre is a professional touring theatre company that introduces children of all ages to classical music, theatre and puppetry through exciting programs and stories.

In Trickster Tales starring Anansi the Spider, you’ll learn about Anansi’s plotting and scheming. This 45-minute performance, written by Heidi Rugg of Barefoot Puppets, features Anansi the Spider in two traditional folk tales of the Baluba and Ashanti peoples. In addition to Anansi, the audience will meet Elephant, Hippo, Namibi the Python, Osebo the Leopard, a swarm of angry hornets and an even angrier Sky-God! Between the two performances, join MMofA’s education staff for a puppet-making art activity inspired by the play. 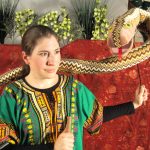 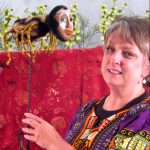 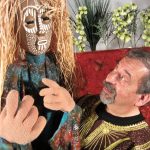