Terrell James: One Eye Sees, The Other Feels

Visitors examine "Sotol View" 2007, oil and acrylic on canvas. On loan from the Artist.

Terrell James:
One Eye Sees, The Other Feels

The Mobile Museum of Art proudly presents One Eye Sees, the Other Feels, which is the first solo Museum show for Southern artist Terrell James. 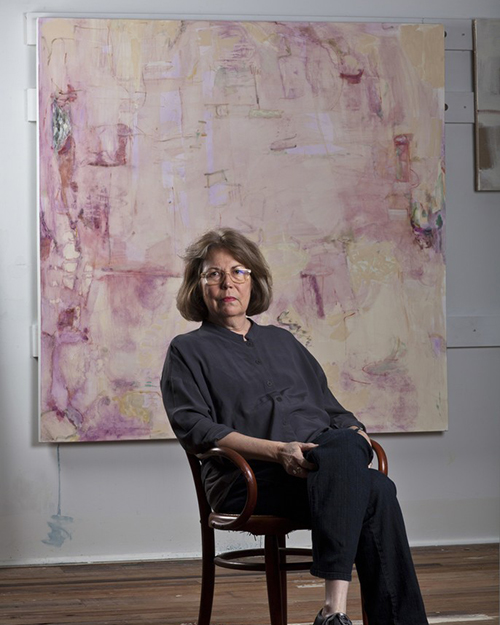 James is a fourth-generation Houstonian and seventh-generation Texan, and she is a graduate of Sewanee University. Her work has been shown in galleries and museums throughout the United States, Europe and Asia.  She has had more than sixty solo exhibitions. In 2016, James received the Texas Artist of the Year Award from Art League Houston. James’s work is in collections at the Museum of Fine Arts, Boston; the Menil Collection, Houston; the Museum of Fine Arts, Houston; the Whitney Museum of American Art, New York; and the National Gallery of Art, Washington D.C.

Early in her career, she spent five years sorting and documenting the work of many artists and museums for the Texas Project of the Smithsonian’s Archives of American Art. Terrell taught at the Glassell School, the Museum of Fine Arts, Houston for over fourteen years and served as chair of the Painting Department there.  She has been a guest professor at Rice University as well as served as the arts editor for several editions of Gulf Coast Journal of Art and Literature, the graduate publication of the Creative Writing Program at the University of Houston.

James’s exhibition for the Mobile Museum of Art is titled One Eye Sees, The Other Feels, a quotation from the writings of Swiss artist Paul Klee. It will feature more than thirty abstract works, including drawings and paintings ranging in size from small to monumental.

This exhibition helps meet two goals of the Museum’s five-year institutional strategic plan — one, to focus on the art of our place, and second, the art of our time. Terrell James: One Eye Sees, The Other Feels is generously supported by the Crampton Trust, established by Katharine Crampton Cochrane. The Alabama State Council on the Arts, the National Endowment for the Arts, and the City of Mobile support all Museum exhibitions and programs. One Eye Sees, The Other Feels will be on view at the Mobile Museum of Art from September 16, 2022, through April 2, 2023.